It's 199X, you're in the driver seat. As you turn the key and hear the engine starting, a cassette plays on the stereo. The clear blue sky invites you to escape, to explore a world of exotic landscapes and thrilling races. Step on the gas, choose your path, drive across cities, mountains, deserts, forests, beaches — places from all over the world and beyond.

Slipstream is a racing game influenced and inspired by the OutRun series, SEGA games in general, Initial D, Vaporwave & Synthwave aesthetics and the spirit of 90s arcades. It uses a real pseudo3D engine to provide an authentic retro experience in a modern shell. After being funded via kickstarter in 2016 and delayed more times than the developer would like to admit, it was released independently for PC in 2018.

A new version of the game, rewritten from scratch, with new mechanics and improved AI, was released in late 2021 for PC, and published by BlitWorks in 2022 for the Nintendo Switch, PlayStation 4 and 5, and Xbox One, Series S and Series X.

* only available in the Steam and console versions. 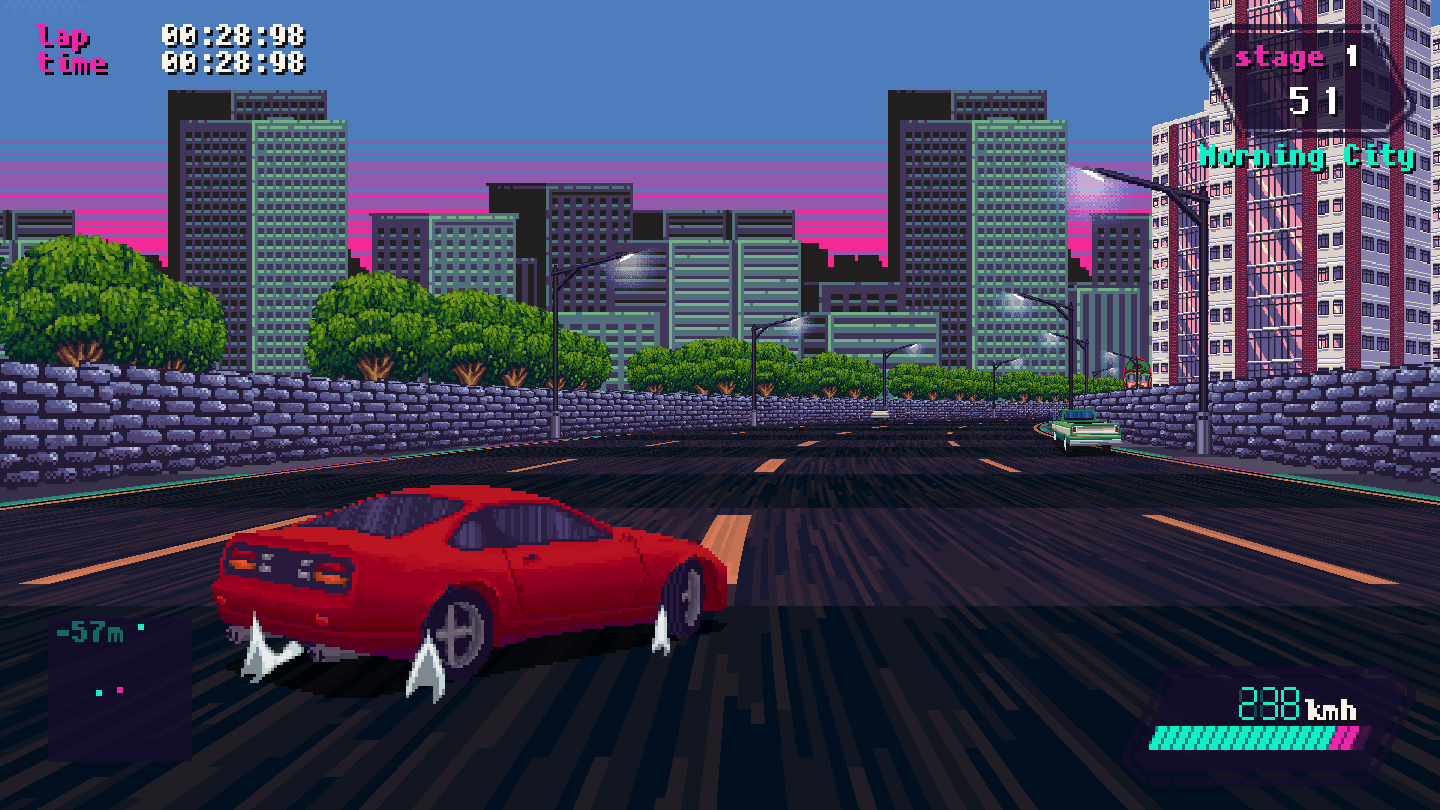 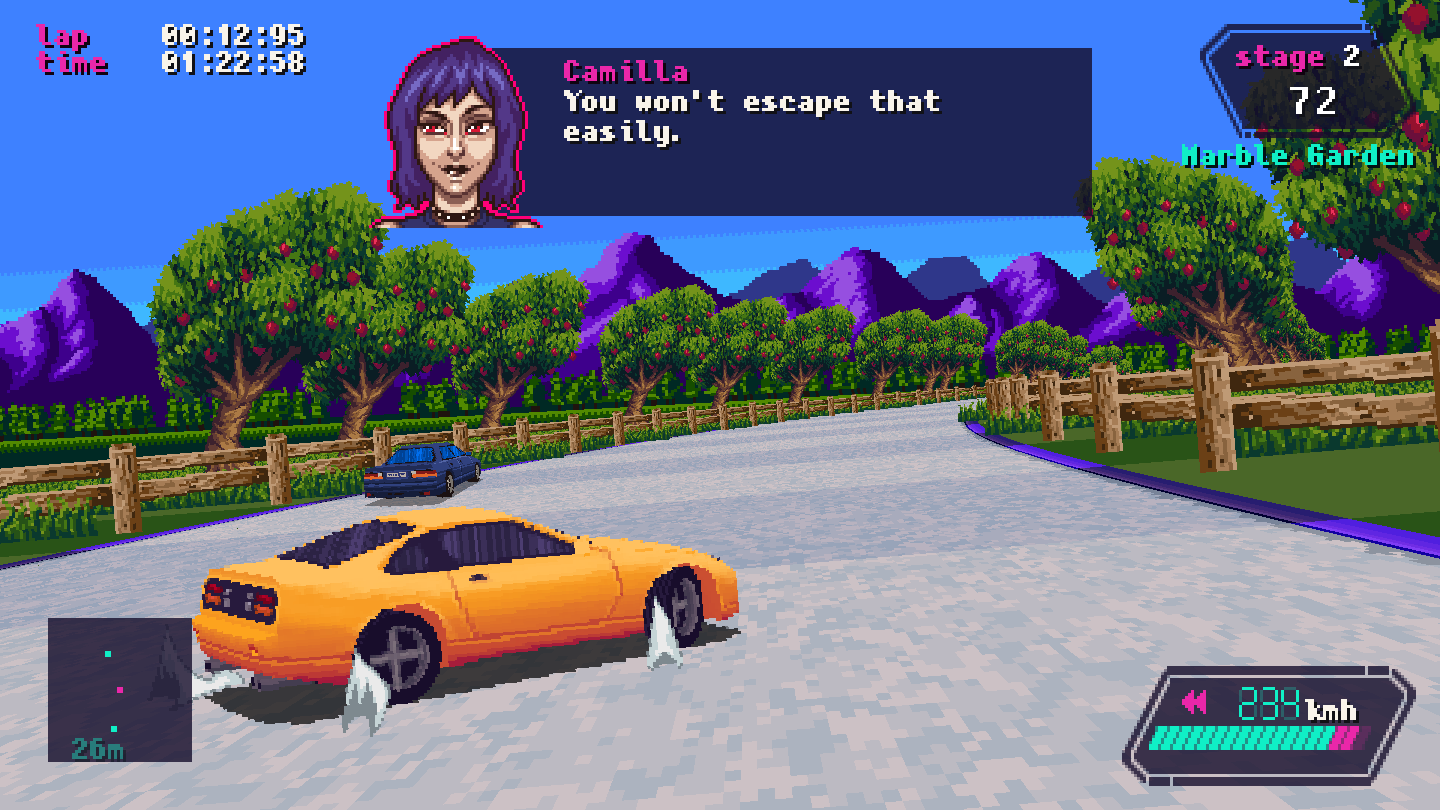 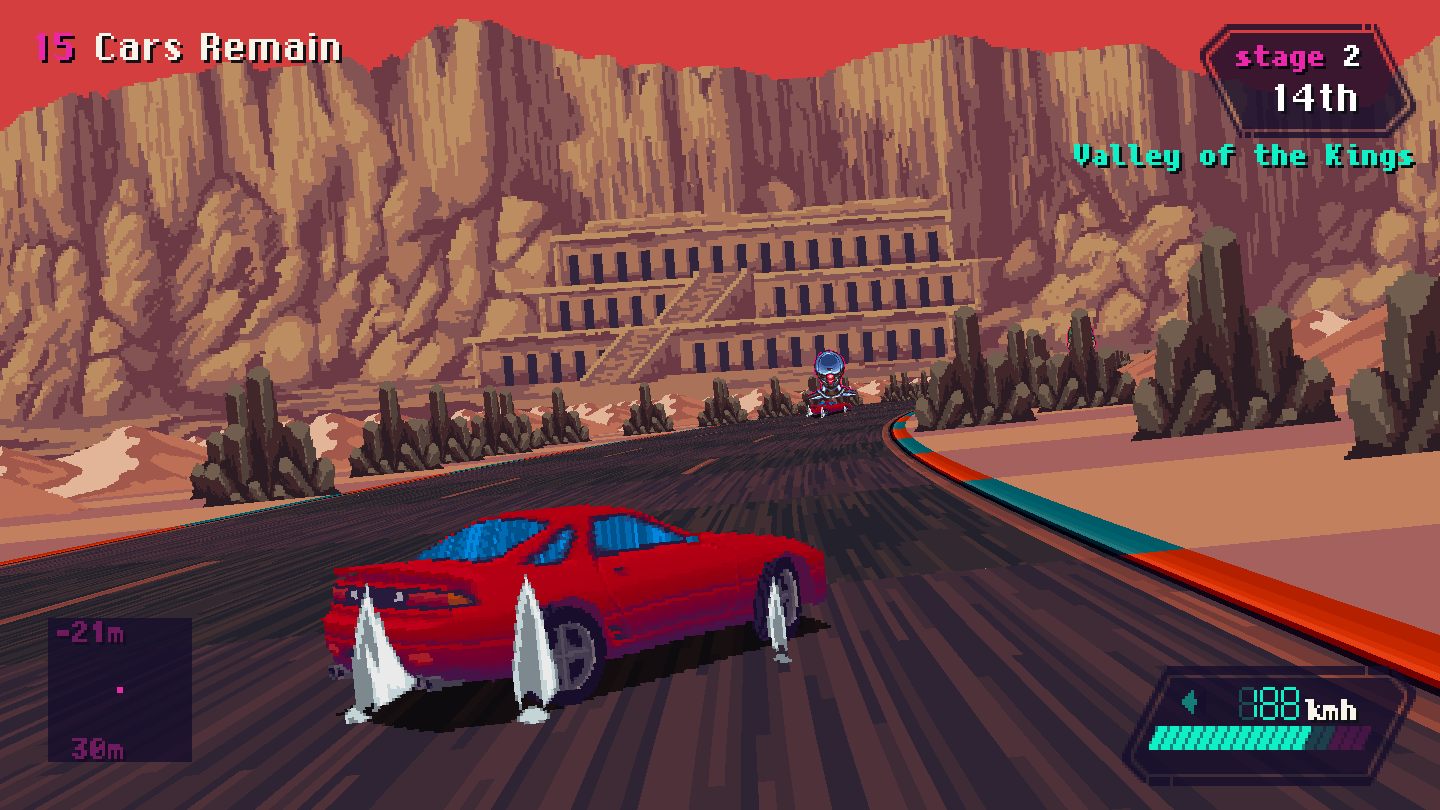 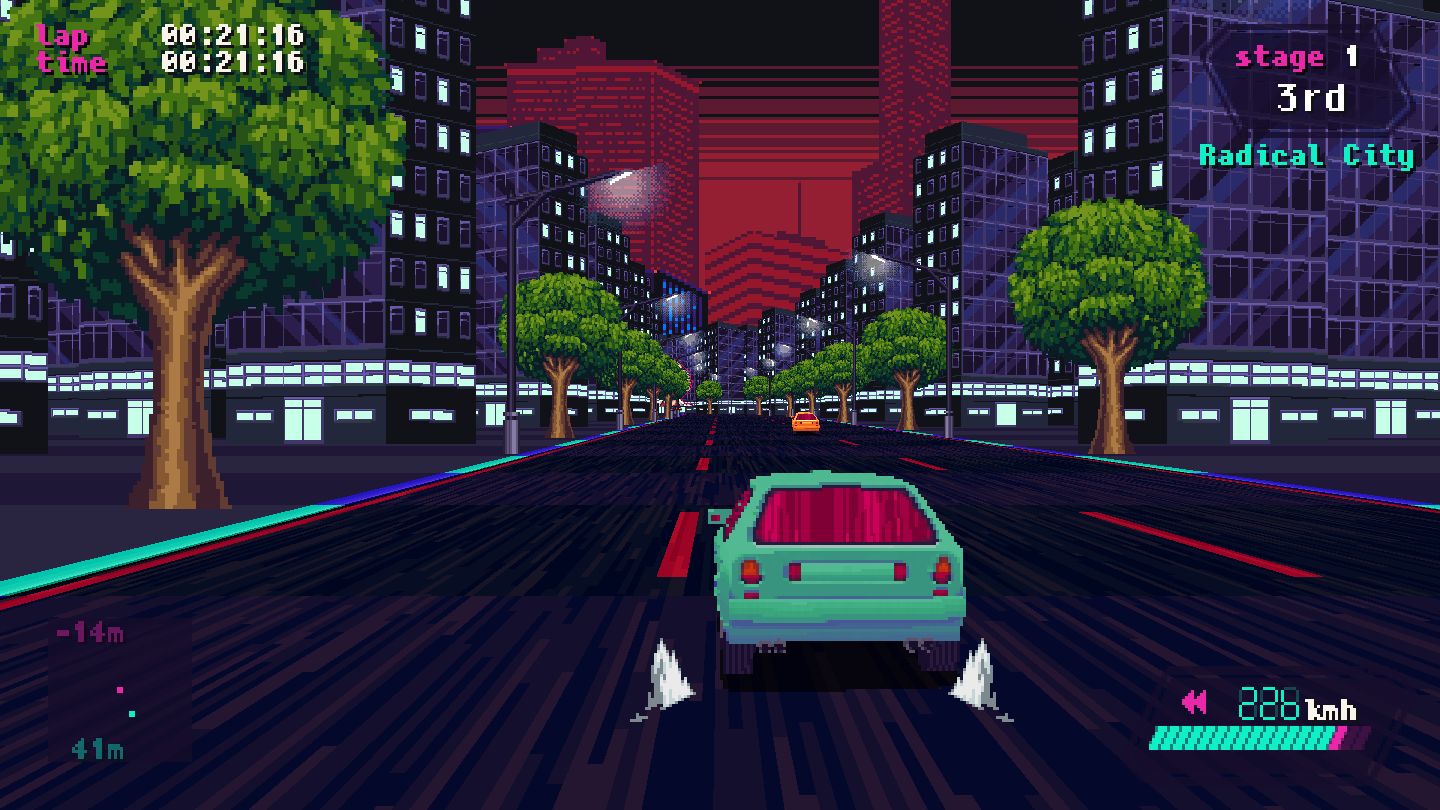 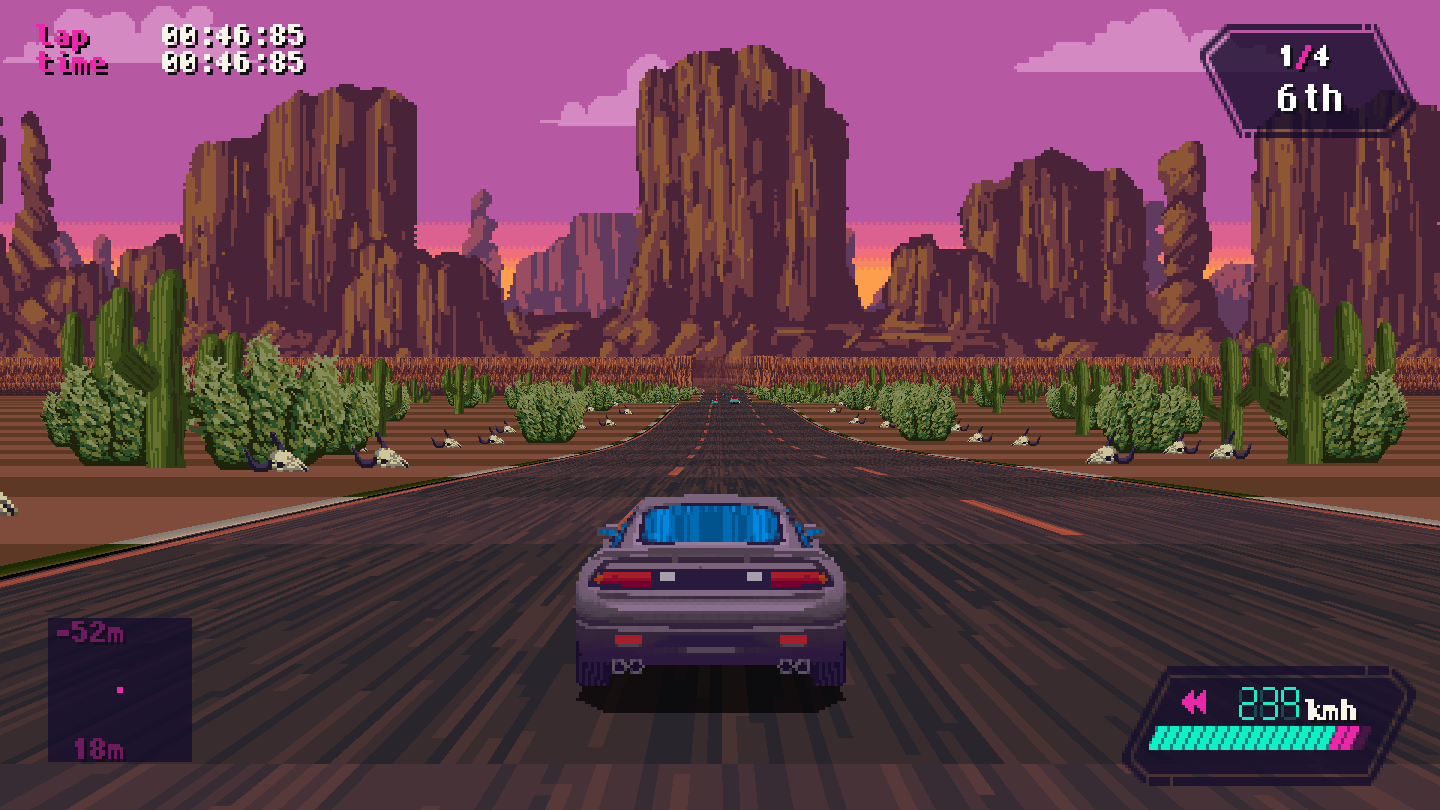 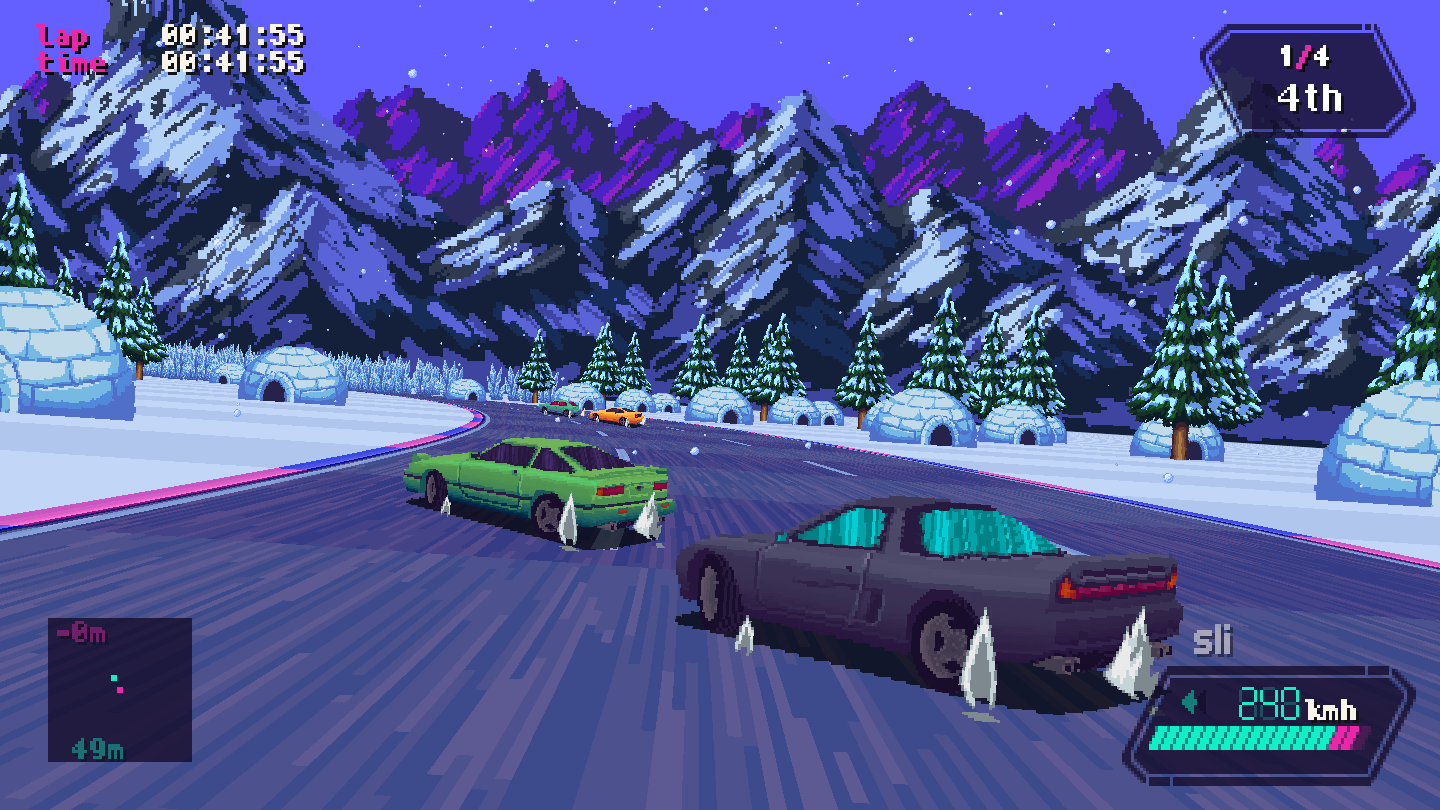 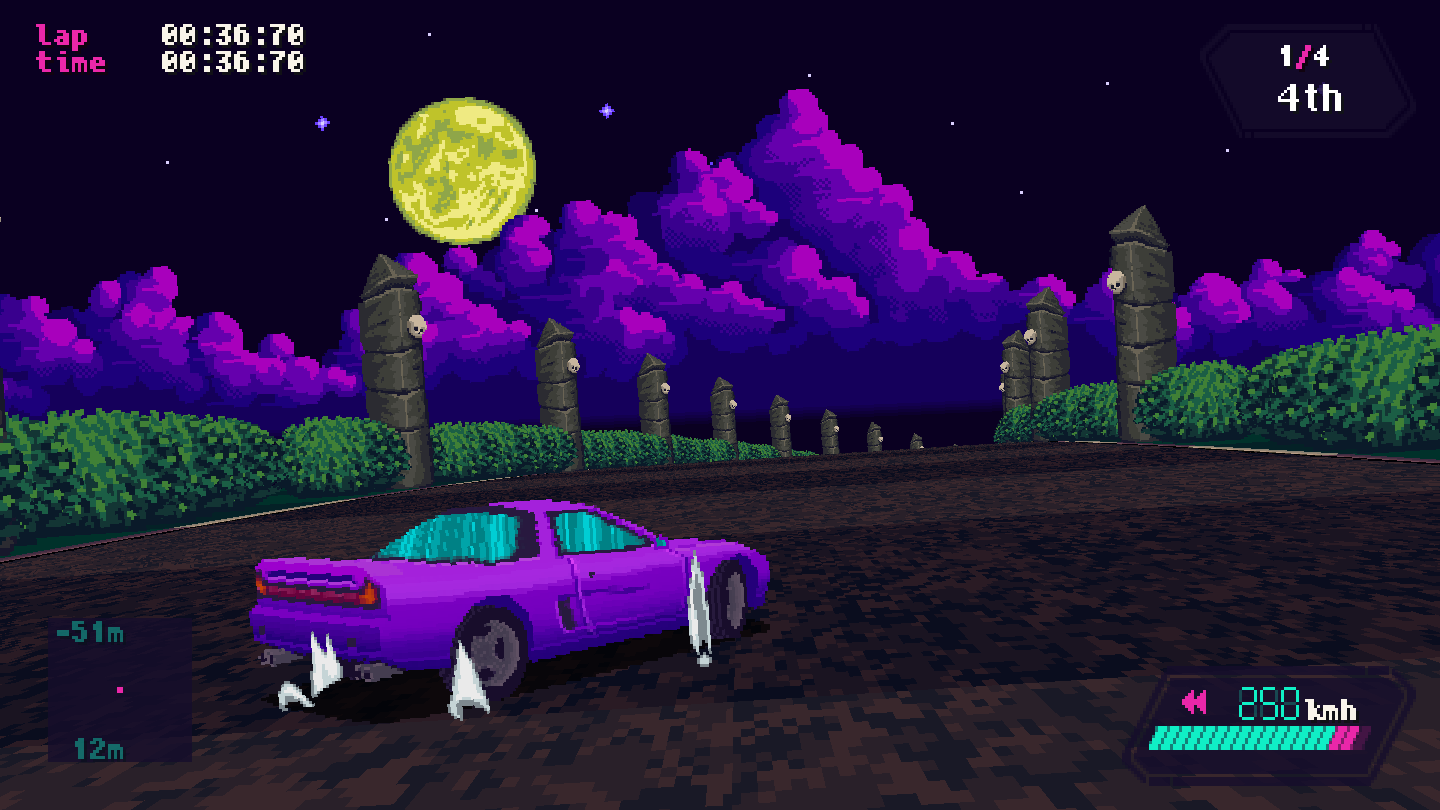 Slipstream at the Publisher Site

"It sounds like it's something you've heard in a dream, like you're not listening to it, but imagining. I guess all music is supposed to sound like that. Also I'm on weed and flu pills so I don't really know" - YouTube Comment